“Houston We Have Lift Off” 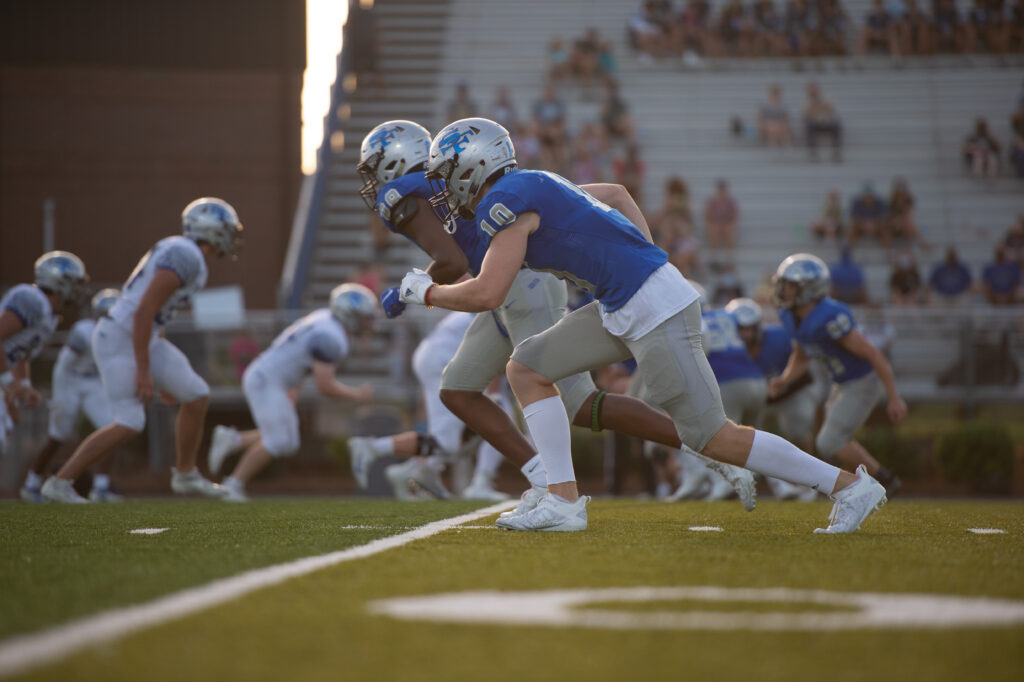 Football blasted back into War Eagle stadium on Thursday, Sept 3rd with the Blue & White Game. After what seemed for all to be an excruciatingly long absence, Captains met at midfield and football happened finally and once again.

Even with the County required Covid Protocols of a cap of 60% seating capacity, limited rows of seating, calls for mask wearing, limited concessions, cashless business transactions and others the fact that football was being played once again in South Forsyth was welcomed and enjoyed.

The War Eagle Marching Band played from the end zone and put on a fantastic halftime performance that seemed like they’ve been doing it all year.

The Cheerleaders ushered the players out of the helmet and sparked the crowd throughout the night.

Neither the cheer team nor the band had participated in the yearly intra-squad scrimmage before. On this night, they brought it.

As for football, the War Eagles facing each other rather than another school played with enthusiasm that couldn’t be missed. The Blue team took an early lead with a pass from Sophomore QB Ty Watkins into the end zone to Senior TE Devin McGlockton. Freshman Kicker Davis Little added the point after.

The first year kicker later added 3 more points with a 45 yard field goal that gave the Blue team a 10-0 lead that lasted until the 4th quarter. In the 4th, Junior QB Kyle Durham released a bomb that senior receiver Mitchell Thompson who made it behind the defense caught and ran into the endzone for the score. Sophomore Tyler Simpson added the PAT to make the score 10-7.

Little hit a 28 yard field goal from the left hash to bring the game to the final score of 10-10.

With personnel changes throughout, several players rose to the occasion and made outstanding attention grabbing plays. The offensive line and the Defense for both sides came to play and it showed early and often. Each side, other than the no hit rule for the QBs, demonstrated that they weren’t taking it easy on each other on this night. They were playing football again and it seemed they were having long overdue fun in doing so.

It was a Wednesday under the lights in War Eagle stadium and while it seemed different, because it was different, this was still the place to be in South Forsyth.

We had football again and it was a blast!